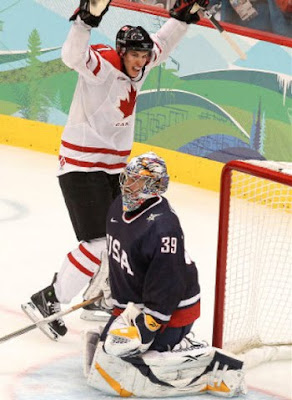 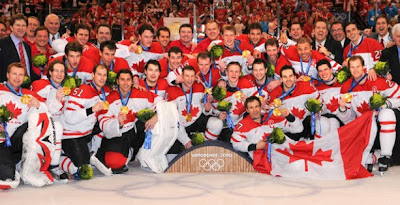 I wasn't really planning on it, but I stayed up late and watched the entire Winter Olympics opening ceremony and like so many others had goosebumps, was moved to tears and was overwhelmingly proud to be Canadian. The orca whales swimming across the stadium where amazing and KD Lang, WOW. I taped the entire show and I have already gone back and listened to her sing Hallelujah again a couple of times. For those of you that weren't watching the NBC version of the ceremonies, Bob Costas had a great quote about the Canadian goal to "Own the Podium".... On NBC, announcer Bob Costas crafted an observation that many outsiders have made this week about previously mild-mannered Canada's plans to 'own the podium' at these Winter Games: "Some say (the Canadian initiative of Own the Podium and winning the overall medal count) represents a shift in Canadian attitude, to be so openly assertive and ambitious. Canadians as a group are among the most friendliest and most welcoming people on the earth. But I don't see anything incompatible with saying hello, welcome, we're very friendly, we're glad that you're here, we want you to enjoy yourselves and now we would also like to kick your butt" I love it... GO CANADA
Posted by Christine Jeffrey at 2:24 PM No comments:

Chris McCormack is exploring how he can further show his support of breast cancer research, publicly. The result is this challenge - prove to his sponsor the power of viral online marketing that Facebook is leading. First, if Macca reaches 50,000 fans, they will donate an additional $50,000 to the cause. Second, if he reaches 250,000 they will donate an additonal 50% to their already generous $250,000 to the foundation supporting various cancer charities, while honoring and empowering breast cancer survivors. (link to full article below) Help Macca by becoming a fan www.facebook.com/Maccalive?ref=ts Chris "Macca" McCormack accepts Facebook challenge to benefit breast cancer research Posted using ShareThis
Posted by Christine Jeffrey at 12:50 PM No comments:

Like many other bloggers (whether they will admit it or not) I have put a statcounter on my blog if nothing other than the affirmation that someone other than my family actually reads it. Well today I managed to get added to www.bikeblogs.com (not sure how) but wow, lots more readers and a really cool website that I wasn't aware of so, welcome bikeblogs.com readers, hope you enjoy, thanks for reading. CJ
Posted by Christine Jeffrey at 4:41 PM No comments:

Dogs yes, but this?

I have been chased by a lot of dogs on my bike over the years, big ones, smalls ones, all different breeds, packs of them in Arizona, even the local three legged dog here in Alabama (which local lore says brings you good luck for the season). But I had never been chased by one of these!!! 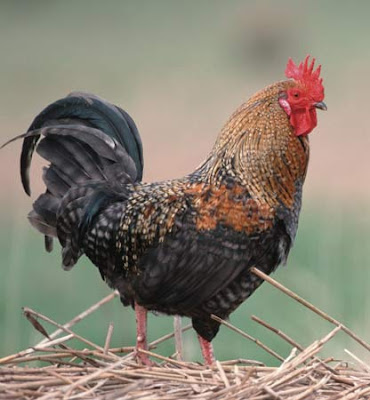 It was a dog bonanza yesterday on the group ride. Dogs are very popular pets down here in Alabama, keeping them leashed or fenced in not so popular. So all the pups were out, most of them just making lots noise and hanging out on the shoulder. It was a constant stream of the lead riders calling out, "Dogs, More Dogs, Dogs in the Road, Rooster". ROOSTER?!!!! No kidding, there he was, the attack rooster, hauling a$$ down the driveway very intend on getting after the group. It was quite possibly one of the funnier things I have seen riding lately. Fortunately he responded very similarly to a dog when yelled at and squirted with water bottles and quickly retreated back to his yard.

Unfortunately, the ride did have some casualties. I have never been happy to drop my chain on a ride until yesterday. On the first climb of the first attack zone my front derailleur, that has developed the irritating habit of shifting, not shifting, and over shifting at seemingly random times, over shifted and dropped my chain inside. Already on the climb, I had to stop and put in back on thus getting completely dropped by the group. Back on the bike I was chasing like mad to limit the damage when I came across the riders I likely would have been right in the middle of had I not been delayed piled up on the ground. Two riders with broken bones and one with severe road rash and a broken bike. Fate was definitely on my side. Hopefully they all heal up quickly. Otherwise another uneventful week of training, steadily getting the base work done.

Posted by Christine Jeffrey at 8:40 AM No comments: