We'll have to see about that...

O Oxygen Where Art Thou?

Just five days until Xterra Nationals and I am up (literally) in Utah hopefully adapting quickly to the altitude. I tried arriving just a couple of days before the Mountain Cup race held here last year and it didn't work out so well so I am hoping a couple of extra days along with the use of my Altolab system will make a difference on race day. I am so lucky to be staying with a great family here, Blake and Diana Brown, who have been taking wonderful care of me while I have taken over their basement. On top of that another member of the local cycling club, Allan, has lent me a spare car for the week. I couldn't have asked for a better way to get ready to race. The support here in Utah for the race and throughout the cycling and triathlon community has been amazing and there will likely be a great turnout for the race on Saturday. The race is being held at the Snowbasin ski resort and is a point to point bike. We start with a refreshing dip in the Pineview Reservoir, then bike up to the main ski lodge where T2 is located with the run up and around the trails criss-crossing the ski runs. Now if the red blood cells would just hurry up and produce themselves.... Here is the official media guide for the race and if you live in the USA keep watch as the race is being televised in an hour long special to be aired later this fall. 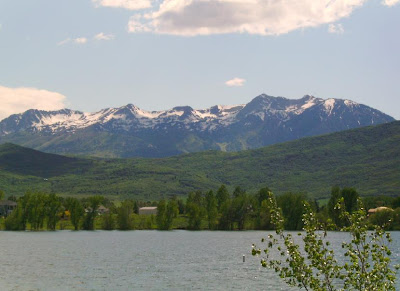 Going back a bit, since my posting has been somewhat behing the times, my sister and I made the trip out to BC for my cousin Mike's wedding on the Labour Day weekend. It was a short trip but great to see all the west coast family we haven't seen in a couple of years. We stayed with my cousin Jess and her husband Jeremy and their adorable little daughter Annabelle who indulged us with lots of training schedule in between family gatherings. The wedding was held at the Burnaby Hilton and the evening was absolutely perfect for Mike and Lindsay. The flowers were beautiful bouquets of pinky white orchids and the dinner buffet was to die for. With the amount that I ate it might have been a distinct possibility. It was over far too quickly but we are already discussing a big family get together for Christmas next year in Costa Rica!!! Since I don't often post pictures other than race ones I though it would be fun to show that I do get dressed up every now and then, though after wearning heels all afternoon and evening my feet were definitely done. Enjoy the photos 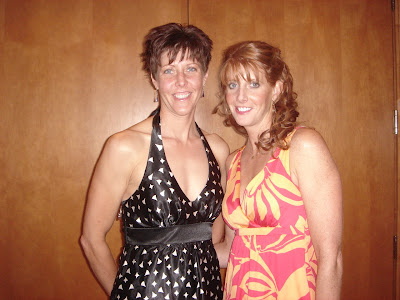 Posted by Christine Jeffrey at 9:29 PM No comments: 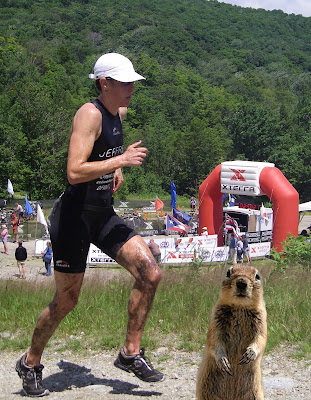 Posted by Christine Jeffrey at 11:49 AM No comments: 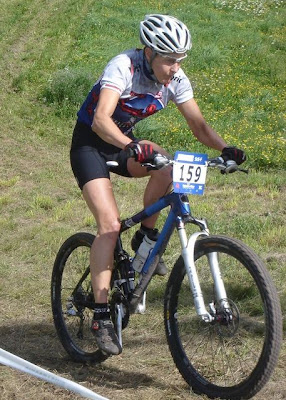 Just a quick update because that's all I have time for. Sunday was the Ontario Mountain Bike Provincial Championships and despite a couple of oopsy's and a dropped chain I managed to pull out the win in the Senior Expert Women's division. Congratulations to Holly Whitenight who finished second and took the overall series win by just a point. The weather turned out to be great for racing, a bit overcast but no rain and the course was in great condition. My sister came out to watch, take photos, and handle the feed zone. (thanks) I earned enough points this year to upgrade to elite/pro next year but will have to think pretty hard if that is what I want to do since I use these MTB races mostly for hard training. 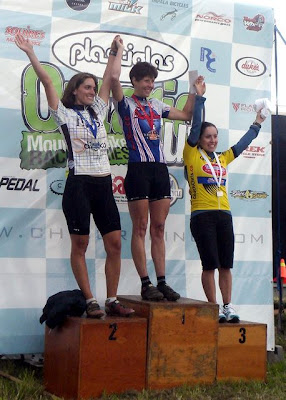 Now I am madly trying to finish up work stuff before I get in a quick bike workout then pack for a 7:30am flight tomorrow out to Vancouver for my cousin's wedding. It's already after 7pm. Don't think I am going to get much sleep tonight. Hopefully the flight is pretty empty and quiet and I can catch a good nap on the way. Better remember the earplugs.

Posted by Christine Jeffrey at 4:06 PM No comments: